Meta and The Cornerstones have release their sophomore album Ancient Power. Lead singer Meta Dia born in Senegal, West Africa, is a self-taught musician who by age 14 was performing on the streets and stages in his hometown of Dakar, Senegal. Now proclaimed the next African Reggae Voice, Meta’s unforgettable vocals are complemented by the incomparable sounds of his band. Fusing Reggae, Afro-Pop, Hip-Hop, Rock, and Soul music with passionate lyrics in English, French, Wolof and Fulani. Meta and The Cornerstones music is warm and embodying, immensely addictive and destined to forever change the dynamics of Reggae music. Recorded in Kingston, Jamaica at the one and only Tuff Gong Studios, Ancient Power is executive produced by Meta Dia and co-produced by Sidney Mills. The album features guest collaborations with reggae vocalist Damian Marley and Capleton and talented musicians like Dean Fraser, Julian Marley, Mikey Chung, Wayne “C-Sharp” Clarke and Wilburm “Squidly” Cole. 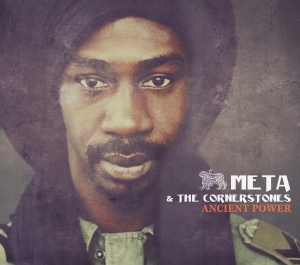