Herbie Hancock is a true icon of modern music. Throughout his explorations, he has transcended limitations and genres while maintaining his unmistakable voice. With an illustrious career spanning five decades and 14 Grammy® Awards, including Album of the Year for River: The Joni Letters, he continues to amaze audiences across the globe.

There are few artists in the music industry who have had more influence on acoustic and electronic jazz and R&B than Herbie Hancock. As the immortal Miles Davis said in his autobiography, “Herbie was the step after Bud Powell and Thelonious Monk, and I haven’t heard anybody yet who has come after him.”

Born in Chicago in 1940, Herbie was a child piano prodigy who performed a Mozart piano concerto with the Chicago Symphony Orchestra at age 11. He began playing jazz in high school, initially influenced by Oscar Peterson and Bill Evans. He also developed a passion for electronics and science, and double-majored in music and electrical engineering at Grinnell College.

The Imagine Project is an album by Herbie Hancock released on June 22, 2010.The album, which was recorded in many locations throughout the world and features collaborations from various artists, was complemented by a documentary about the recording process.Hancock’s interpretations of these songs are cross-cultural. His version of “Imagine” was inspired by the Congolese group Konono N°1. The instruments used on “The Times, They Are A’ Changin” combine the West African kora with the Celtic flute, fiddle and Uilleann pipes.

A CHANGE IS GONNA COME

Polona Kasal is a Slovenian singer. She performed with Gušti in the past as GUŠTI & POLONA. She singed 2 songs on Gušti solo album – Dolce Vita. Gušti recorded his second album titled GP entirely with Polona.

Song CESTA is first single from her forthcoming debut album. Album will be titled ”ON THE ROAD”.  She worked on songs from Slovenian musician Tomaž Pengov on her own way.  You can read more about the album in the interview she did for RTVSLO. 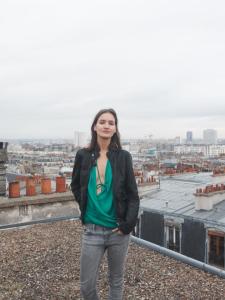 POLONA KASAL – DRIVE – Cover of R.E.M. song  that was recorded for Project R.E.M.

Once again it’s time for TOP5. Today it will be divided between two guests DJ Rahmanee & Wikluh Sky. They just released

DO KRAJA SVETA EP VOL.1. You can download it for free on regional MTV ADRIA site. 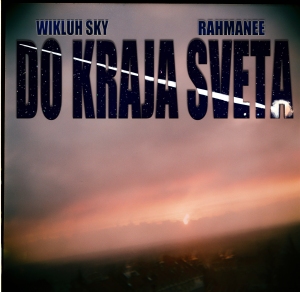 First we will present you DJ Rahmanee TOP5.

Rahmanee is DJ & producer that comes from Belgrade, Serbia. He released tracks on labels like: BPM records, Mir Records &  Jungle-X Records. In 2009 he shaked the scene with remix of S.A.R.S. hit Budjev lebac. Rahmanee performed all over Balkan, Germany, Austria,Hungary. He played records next to names like: Pendulum, Dj Hype ,Shy FX,  LTK Bukem, Benny Page