He is back with Love & Gratitude EP2 that is also released on Cadenza as it will be his forthcoming album.

‘Love & Gratitude EP2’ is more heady and hypnotic. Throbbing beats and relentless kick drums drive the rhythms forward, whilst swirling synthesizers and experimental techno soundscapes diffuse the grooves, creating contrast and tonal changes. If anything, the gentle melodies and subtle musicality of Kanzyani’s three new original tracks here (the fourth track is a dub edit of the last EP’s El Circulo De La Vida cut) create a kind of dancefloor psycheism, where the mind moves in a different spatial plane to the feet, encouraging you to drift off into alternate dimensions.

The first track ‘Mirvan’ is the heaviest cut on the EP, and has a tension and vibe similar to the raw rhythms that Berghain residents Ben Klock or Marcel Dettmann might play at the Berlin techno temple. When some pads fade in around the 2:30 mark, you can sense Kanzyani’s desires to coerce you into a dreamlike state. The sounds are infinite and all pervasive, like outer space, forever expanding beyond the reaches of any known logic or meaning. The beats are drowned out at points by the ever-growing black hole of sound, however the drumming is reliable and constant, like an engine that never stutters.

The second track ‘Chanta Lopez’ is more housey, with a tangible bassline and more swing in the groove. Loose claps on alternating delay patterns keep the tension high in the first part of the track, before a metallic, machine-like synth cranks into gear. Unlike ‘Mirvan’, the synth has a recognizable melody and moves with purpose. At times, the synth combinations almost turn into an acoustic guitar-like moment in the track’s only breakdown, and the resulting drop brings a welcome change in bassline pace. This is a very modern house track, and the quiet optimism of ‘Chanta Lopez’ suggests a new dawn – a light at the end of the dark tunnel – like waking up on a Tuesday morning to find a cool afterparty happening in your living room.

The third track on the EP, ‘Une Noche En Paraiso’, begins with a nonsensical series of random drum patterns, as if the producer was clicking through all of the possible drum sounds in search of the perfect one and accidentally recorded all of his beat auditions onto the track. A clicky drum groove, funky and syncopated, gets dirtier as a growling bassline is added, before Kanzyani works in some un-bridled synthesizers. As the synths grow in stature, they become floaty and magical, like a panpipe fairy leading you down a path. More orchestral sounds then join the mix, which give the track a feeling not too far away from classical music, which is odd considering the repetitive techy drums. The sense of grandeur that the melody creates, quickly dissipates as Kanzyani brings the track back to reductionist glitchy house for the remainder of its time, and in the end, ‘Une Noche En Paraiso’ is like one quick toe dip into the sublime.

The final track on the EP is a special dub version of ‘El Circulo De La Vida’, which appeared on ‘Love & Gratitude EP1’. Without the original’s weird Shamanic Spanish conversation running over the track, the cut’s beautiful and serene melody is allowed to take center stage. 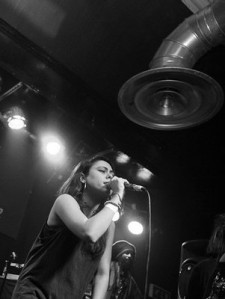 Overview of few of her songs:

This week our guest is Bosnian rapper EDO MAAJKA. 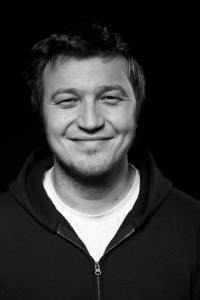 Edin Osmić was born and raised in Brčko (Bosnia)). In 1992 when the Bosnian war started, he left Bosnia and Herzegovina and went to Zagreb, the capital of Croatia.

He later returned to Tuzla(Bosnia) where he formed group Diskord, later named Defence. The group became one of the best in the city of Tuzla and all of Bosnia.

He soon retuned to Zagreb and records demos for songs Minimalni rizik & Mahir i Alma. Both songs became hit’s on show Demo Blackout on Croatian Radio 101. Hosts of the show were DJ Phat Phillie & DJ FRX.  He soon got offer from record label Menart to record his debut album.

His second album NO SIKIRIKI  released on 2004 proved that he is one of the best MC’s in the Balkan region. He also formed a group  Lexaurini. He toured with them all around Europe. Few songs from the album: No Sikiriki, Przii,Obečana Riječ, Dragi Moj Vlado, Kliše,  Mater Vam Jebem

In 2010 he released his best of album SPOMEN PLOČA. It includes his best songs and 2 new songs: Fotelja, Tata Mama, which were played with band. Few songs from the album: No Sikiriki, Sve prolazi sve, Jebo vladu,  Trpaj trpaj, Pare, Pare, Przii.

HE WILL BE PERFORMING ON 14.3. @ STREET EXPLOSION 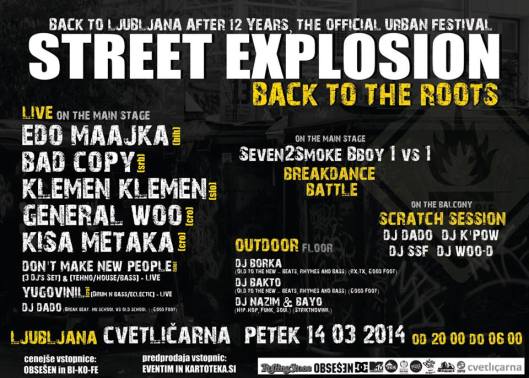 Here is his TOP5 selection: