Outlook Festival is a celebration of soundsystem culture, exploring the musical genealogy that connects Jamaican roots music to its modern day counterparts, through heavyweight soundsystems, in a friendly, warm and inspiring peninsular, sea-side location. There are over 400 acts playing in and around the 150 year old Fort Punta Christo, a 1km stretch of beach, and a world of intimate boat parties.

Croatia’s iconic celebration of bass music culture Outlook returns for its 8th year this summer from September 2nd – 6th. Taking place at the stunning Fort Punta Christo on the Adriatic coastline near Pula, Outlook has become synonymous with spearheading the region’s thriving festival scene, uniting music lovers from across the world for an unrivalled adventure under the sizzling sun and stars. Outlook Festival is the largest Bass music and Soundsystem Culture festival in Europe, featuring the biggest names from the most vibrant and cutting edge dance scenes around.

When we talk about bass music we don’t mean the bastardised commercial version currently being sold to children, we mean underground dancefloor music, whether it be house, techno, dubstep, reggae, dub, hiphop, garage, grime, electronica. . . . . . as Duke Ellington put it “There are two kinds of music. Good music, and the other kind.” Now approaching its seventh year, Outlook has grown rapidly and is going from strength to strength! Anyone who has come to any of the last 7 Outlooks will tell you how amazing the vibe was, how wicked the music was, how beautiful the smiling people were and how stunning the setting is.

Mix number 2 comes from two of Bristols top producers Kahn and Neek who have put together a Gorgon Sound mix for us which consists of an hour of soundsystem music and reggae fyah!

Dimensions Festival returns to Croatia for its fourth season this August at the spectacular Fort Punta Christo, a 19thcentury abandoned complex perched above the shimmering Adriatic Sea below, and has just revealed its first round of names over August 27th – 30th.

Dimensions’ ethos takes a purist’s approach with its revered music policy, seeking only the finest purveyors of house, techno, jazz, funk, soul, drum and bass, psych and more orchestrated by the scene’s leading DJs, producers, remixers, labels and collectives. There are no concessions made to transient fads or flashes in the pan; this is all about artists dedicated to their craft who really bring something special to the festival. Dimension’s setting is an intimate labyrinth of spaces and passages, of nooks and crannies, leading to an incredible array of environments with world-class sound systems. It is one of Europe’s true bastions of electronic music culture, and now reveals its first round of artists.

All info’s about Tickets & Camping.

Henry Wu in the mix for the Dimensions festival 2015

Croatia’s iconic celebration of bass music culture Outlook returns for its 8th year this summer from September 2nd – 6th. Taking place at the stunning Fort Punta Christo on the Adriatic coastline near Pula, Outlook has become synonymous with spearheading the region’s thriving festival scene, uniting music lovers from across the world for an unrivalled adventure under the sizzling sun and stars. The first round of artists for Outlook will be revealed at the end of January. 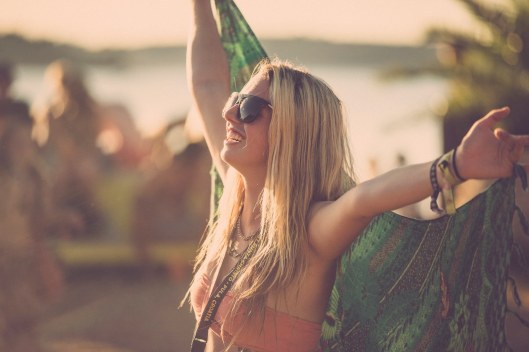 Outlook is one of the world’s most pioneering festivals and a leader in bass music and sound system culture. Returning for its 8th season in the majestic Fort Punta Christo and a 2000-year old Amphitheatre for the opening concert, it unites the very best artists across dub, reggae, hip-hop, drum ‘n’ bass, garage, dubstep, house, techno and electronica on the dazzling Adriatic coast. It carefully curates the most dynamic, respected and forward-thinking lineup to create a who’s who of talent, sound-tracking hazy days and pulsating nights a world away from normality. Because Outlook is not just a festival, but a mind-blowing experience bringing people from all over the world together along a thrilling, intense and mesmerising journey like nothing else. And now the first names for September 2015 can be revealed.

The festival’s Opening Concert is set in a jaw-dropping 2000-year old Roman Amphitheatre in Pula, a majestic environment which blends lovingly preserved ancient architecture with cutting-edge production and sound to create a truly sublime experience. Fully open air, hemmed in by looming walls and arches, and sloped steps which provide amazing views from any spot, the Amphitheatre is a mind-blowing setting which will showcase an evening of stellar sounds on Wednesday 2nd September from four headline live artists now revealed, with one more very special guest announcement to follow soon.

Jurassic 5 headline the Outlook opening concert. And the full crew will be in full effect in Croatia: Chali 2na, Akil, Zaakir, Mark 7even, DJ Nu-Mark and Cut Chemist have been hailed as one of the world’s most influential hip-hop super groups from its golden era, and having reformed in 2013 after a 7 year hiatus they have injected new life to their indelibly iconic music.

The groundbreaking drum and bass band Roni Size Reprazent Live are widely regarded as one of the most important live electronic music acts of the past two decades; their debut album New Forms won the Mercury Music Prize in 1997, and they are set to release a Roni Size Reprazent album later this year.

Having built a reputation on consistently delivering one of the most energetic and exhilarating live shows to emerge from the UK bass music scene, the Gentleman’s Dub Club wowed The Harbour Stage at Outlook last year, and now take their raucous set to the Amphitheatre.

Finally, the Trojan Sound System are an institution in British Sound System culture. A legendary team of selectors and vocalists, they represent the most influential reggae and Ska record label in history, covering Ska, Roots, Dub, Dancehall and British sound system culture.