At the Ljubljana Music Conservatory, where he currently works as Professor of Jazz
Trumpet, he attended the department for classical and jazz music. He later continued
his education at the University of Graz(Austria), where he completed his Master’s
degree in 2009 under the mentorship of Professor Edvart Holntaner and alongside
other trumpet players, including Stjepko Gut, John Swana, Charles Toliver, Dave
Rodgers and Erik Vloemians.

He has recorded over 30 albums in collaboration with different groups
across a range of genres.

He is a regular member of the European Movement Jazz
Orchestra since 2008, with whom he released a record at well known label Clean Feed
in 2011.

His music debut “Motion In Two Dimensions” – a duo with pianist Marko Črnčec –
was released in 2010. The record presents their interpretations of well-known jazz
standards.

This time Matković presents original music whose foundations lie within a broad
concept of jazz. Second album titled ” SONIC MOTION” was released in 2012.  You can listen to the presentation of album on national radio here. First single from the album was INTUITION

Approaching Chaos is a song from his album SONIC MOTION:

Few words about album & the song:

The songs were created during half an hour of free improvisation. By talking before recording, we designed a concept and then with insight of the present state of mind we moved between different emotions and reacted to them. Our music moods, now soft and bright, then sinister, threatening and wild became caught in the universe sound dimension.
»Sonic Space« is the reflection of the ambivalent, floating and rhythmically non-defined musical pattern which creates a kind of musical foyer. From here, the improvisation escalated and drew near a chaotic (de)valuation of the concept in the culmination, captured in the song entitled »Approaching Chaos« where, taken away from totality, it functions as an independent part.

Ibrahim Maalouf, born on 5 December 1980, is a trumpeter, composer, arranger, and trumpet instructor. He was born in Beirut in a family of intellectuals and artists and he now resides in France. Ibrahim is the son of trumpeter Nasime Maalouf and pianist Nada Maalouf, nephew of the writer Amine Maalouf and grandson of journalist, poet and musicologist Rushdi Maalouf. He is currently the only trumpet player in the world to play Arabic music with the trumpet in quarter tones, which his father invented in the 1960s.
Between 2000 and 2007, Ibrahim performed with many internationally famous singers and musicians, such as Amadou & Mariam, Matthieu Chedid, Lhasa de Sela, Angel Parra, Jeanne Cherhal, Arthur H, Marcel Khalifé and toured in America and Europe performing in the most prestigious venues.
Ibrahim released his 1st album, Diasporas, in October 2007 produced by his own label: Mis’ter Productions. His 2nd album, DIACHRONISM, was launched in October 2009. It’s a double album consisting of: DISORIENTAL & PARADOXIDENTAL produced by his label too. He released his 3rd album “Diagnostic” in September 2011.
Ibrahim was also featured in many artists’ albums such as Sting, Vanessa Paradis, Vincent Delerm and others. He won many prizes in the major classical trumpet competitions in the world. In July 2010, he was awarded the Instrumental Revelation of the Year Victory Prize at the “Victoires du Jazz” competition.

Diagnostic » released in October 2011, had sold more than 25000 copies by the end of June 2012, which makes Ibrahim Maalouf the French Jazz artist with the highest sales in France over the last two years.

In 2006, Ibrahim created his own label to produce his albums but also more recently to produce other projects and artists. You can find all the different activities of this label under the section : Mi’ster Productions.

Ibrahim Maalouf – Maeva in the Wonderland

It is a TOP5 time again. 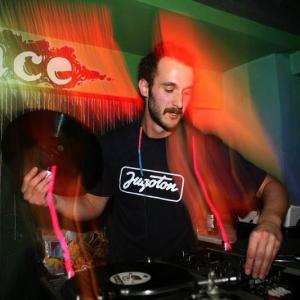 Here is his TOP5 selection:

Pride – Come on get dancing

The Rimshots – Neighbor! Get Your Own

Blues Magoos-Can’t Get Enough Of You